“…you can prove that you’re a Christian.
You can’t prove it, then, you know, you err on the side of caution.”

“…I don’t think orphans under five…should be admitted into the United States at this point.”

The news is not good these days for those of us who teach etiquette to students and professionals. You can't pick up a newspaper, watch the news on TV or go online without reading or hearing the maelstrom of incivility aimed at certain ethnic and religious groups.

The Symbols Are or Represent (Left to Right)

Archie Bunker: “What color is she?”
Archie’s young niece, Stephanie: “A regular color.”
All in the Family, Season 9, Episode 25 - The Family Next Door

Back in the 1970s, All in the Family was one of the top TV shows and in the view of many one of the greatest TV series ever produced. It was also a groundbreaker, addressing the controversial and divisive issues of the decade. The show centered on Archie Bunker, a loudmouthed, undereducated, white middle class blue collar worker who was a bigot. Archie rarely passed up an opportunity to offend someone, either behind their backs to their faces. His absurd and outrageous remarks were both shocking and funny. Indeed, it was the comedic nature of the show that softened the contentious situations and biting dialogue, and the reactions of those who were offended and often bewildered by his odd use of the English language. Archie's intolerance was balanced by his longsuffering wife, Edith, who was inclusive and kind-hearted, and his feminist-minded daughter and liberal-minded college student son-in-law. The latter two regularly challenged Archie's bigotry and ignorance, sometimes revealing their own hypocrisies. However, it was clear throughout the series that Archie's attitude and behavior were dead wrong. Through his dramatization of what a bigot looks like, Archie Bunker raised the consciousness of a nation

Men always want to be a woman's first love.
Women have a more subtle instinct:
What they like is to be a man's last romance.~ Oscar Wilde

With Valentine's Day coming up this weekend, what better time to turn to the subject of romance, which men and women often view through different lenses. While we are all Earthlings it often seems as though we come from different planets, such as Mars and Venus, as John Gray asserted in his bestseller, Men Are from Mars, Women Are from Venus.

"The seven principles of Kwanzaa -- unity, self-determination, collective work and responsibility, cooperative economics, purpose, creativity and faith -- teach us that when we come together to strengthen our families and communities and honor the lesson of the past, we can face the future with joy and optimism." ~ President Bill Clinton

Out of the turbulent 1960s and the ashes of conflict emerged the celebration of Kwanzaa. The brainchild of activist Maulana Karenga, Kwanzaa was established in 1966 to heal, unify and revolutionize the Black community in the wake of the Watts Riot in 1965. The focus of the holiday is the celebration of African-American cultural roots, focusing in large part on the African Continent's agricultural history. The name Kwanzaa is drawn from the Swahili phrase, “matunda ya kwanza,” which means "first fruits of the harvest." Kwanzaa is celebrated during the last week of the year, beginning on December 26 and ending on January 1.

The "Festival of Lights," is a celebration of victory over oppression.

As my recent blog entries -- as well as those of past years -- have addressed the diversity of celebrations during the month of December, I'd like to devote this entry to the celebration of Hanukkah, which begins tonight and will be observed by millions of people worldwide. The first night of Hanukkah typically falls on the 25th day of the Jewish calendar month of Kislev and lasts for eight days and nights. Because my husband was raised Jewish and I was raised Christian, since our marriage we have celebrated both Hanukkah and Christmas. If you work with, are related to or will be visiting those who celebrate Hanukkah, I hope this entry will provide you with some insight to, as well as the etiquette of, this holiday.

What we have to do... is to find a way to celebrate our diversity
and debate our differences without fracturing our communities.
~ Hillary Clinton

To make it through the holidays with your professionalism and dignity intact, there are some etiquette rules and concepts to keep in mind. I've elaborated on them in the past, so the following are reminders of these best practices in business and social etiquette, with links to my previous entries on the topics and the holiday etiquette involved:

He who has not Christmas in his heart will never find it under a tree.
~ Roy L. Smith

This post is for all the Virginias and everyone else who share my concern about Christmas decorations and paraphernalia in stores, restaurants, streets and even houses before other holidays have been celebrated, including Halloween. And now our beloved Thanksgiving Day is being turned into a bargain shopping day! In my humble opinion, that’s just plain wrong. 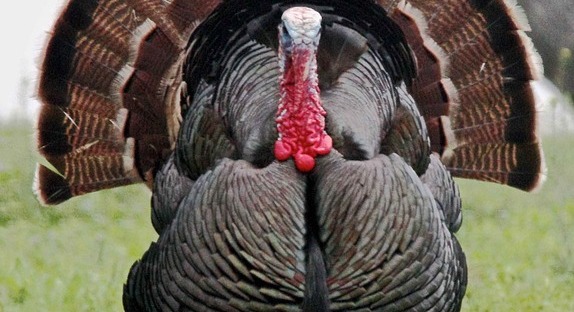 "I am, on this account, not displeased that the figure is not known
as a bald eagle, but looks more like a turkey. For in truth,
the turkey is in comparison a much more respectable bird,
and withal a true original native of America."
~ Excerpt from Benjamin Franklin’s Letter
to Daughter Sarah Bache, January 26, 1784

As we approach another Thanksgiving Day, I'd like to take this opportunity to pay homage to that noble and thoroughly American icon, the turkey.

"Christmas gift suggestions: To your enemy, forgiveness. To an opponent, tolerance. To a friend, your heart. To a customer, service. To all, charity. To every child, a good example. To yourself, respect." -Oren Arnold I am spending Christmas with my family and friends and will resume my blogging next week. In the meantime, whichever holiday … END_OF_DOCUMENT_TOKEN_TO_BE_REPLACED