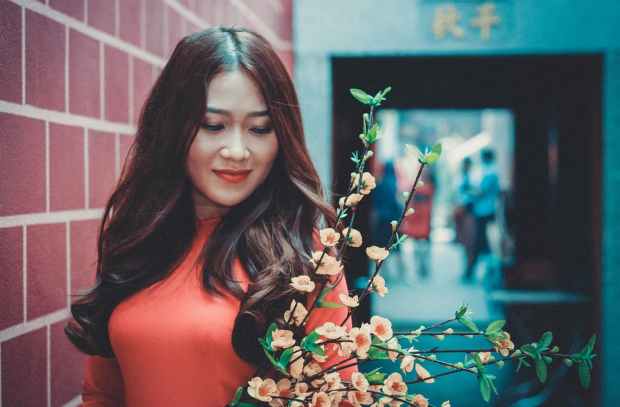 “We must find time to stop and thank the people who make
a difference in our lives.” ~ John F. Kennedy

As a follow up to my post, “The Most Powerful Person in the Workplace,” about the essential role assistants fill across all industries, here’s an alert for the new employee to the significance of observing — or not observing — Administrative Professionals Day.

The Day was established in 1952 as National Secretaries Day through the joint efforts of Mary Barrett, president of the National Secretaries Association; Harry Klemfuss, who was in charge of the Dictaphone account for Young & Rubicam Advertising; and a group of office product manufacturers. The two-fold goal of the Day was to recognize secretaries for their notable role and contributions in the workplace and  promote secretarial careers.

Annoyingly, throughout the 1950s and ‘60s the term, “secretary” evolved as an unfair dual stigma of home-wrecker and office ornament or perk for the boss to chase around the desk. Certainly that was the case in some instances, but overall the role of secretary was that of an important and serious part of the office team. But it was the frivolous images that were promoted or spoofed by movies in the image of The Apartment, TV shows like WKRP in Cincinnati, and advertising spots such as these by Xerox and Olivetti, just for a few examples. The bright spot was the TV series, Private Secretary, starring Ann Sothern, which depicted the executive secretary as squarely in charge.

Then came the 1970s and the growing Women’s Movement, which provided secretaries — most of which were women — a strong voice in how they wished to be viewed. In growing numbers, secretaries referred to themselves as administrative assistants. This trend picked up steam and grew stronger throughout the ‘80s and ‘90s. As a result, in 2000 the National Secretaries Association became the International Association of Administrative Professionals (IAAP), and National Secretaries Day became Administrative Professionals Day, which to this day remains a major workplace observance in several countries.

Despite its popularity, companies vary in the attention they pay to this Day. Some are proactive in marking it, others not so much. Some managers make a point of recognizing their assistants in grand ways, others in more modest manners and many – either through ignorance or indifference — not at all. Often it’s the office manager or executive assistant (EA) who places a notation on the executive’s calendar and sends out an email reminding managers that the Day is coming up. But, as addressed in last week’s entry, because the administrative staff is so important and influential it’s important as a new employee that you are aware of this important Day and learn how your office honors its administrative professionals, from the receptionist to the most senior executive assistant, and plan to participate in an appropriate manner that befits your position. This will be an important component of your internal relations strategy.

Make discreet inquiries as the Day approaches; in the U.S. it occurs annually on the Wednesday of the last full week in April. If there is a structured and routine observance in which all assistants are recognized, ask how you can participate. Perhaps everyone chips in for flowers or other gift, or takes the AA or EA out to lunch or merely signs a card. Be sure you’re in on the plans. If you’re told that you needn’t worry at your level, say that you are happy to participate as you recognize how the entire team, including you, benefits from the assistant’s efforts.

If the assistant has gone out of her way for you in particular since you’re arrival you may wish to show your appreciation in an additional way – beyond the group gift — by presenting her with a modest but meaningful gift. If you know that she’s an avid reader you could give her a book that she or a coworker mentioned that she wants to read, or if she plays tennis a set of coasters or a paperweight for her desk with a tennis theme might be appreciated.

You should take care, however, not to upstage the manager or your coworkers in recognizing the EA or other assistants, especially if it doesn’t appear to be the custom to observe the Day, or if you have learned that the EA doesn’t wish to be recognized on this Day. Not all assistants do, either because they feel that it’s unnecessary or as a rationalization for the boss’s overlooking the Day. It’s a sensitive issue, and for the new hire it could be a mistake to do more than wish the EA a Happy Administrative Professional Day orally, if that. Again, learn the custom and follow suit.

As a former EA (until 1994), I always viewed National Secretaries Day through the same lens that I viewed Valentine’s Day in elementary school. Some pupils received a slew of valentines, some just a few and some none at all. That’s the way it is in some offices; some secretaries and assistants received beautiful bouquets of flowers or are taken to lunch and given gift cards, and others sit with bare desks and are not treated to lunch by their managers. I was fortunate to have been recognized by my managers in some way. And, when I was in a position to do so I ensured that my manager’s EA was always recognized and feted, even when the manager forgot (I gently offered a reminder and volunteered to arrange something).

Do Something When You Can

That said, as you gain equity in your job and get to know your coworkers better, you will be in a better position to suggest and even organize proper recognition of the EA and other administrative staff. Of course, the best way for a non-manager to recognize EAs and AAs is to treat them with utmost respect, cooperation and gratitude all year long. And, if and when you are in a position to have an AA or EA reporting to you, always remember the Day in some fashion that meets with her approval, whether it’s showy or modest. But, often the best gift to an EA or AA on this Day would be to take her to lunch and discuss with her if she would like a membership in an industry professional organization, such as the IAAP, or a professional development course. Offer to authorize it as a company-sponsored expenditure or pay for it out of your own pocket.

If you’re a new AA or EA with the company, also learn the custom for observing the Day and go along with the program graciously, no matter what it is. If there is a deficiency, wait until you have the clout to improve the situation. Meanwhile, do your best on the job and bond with other AAs and EAs to become part of the network that is the backbone of the organization.