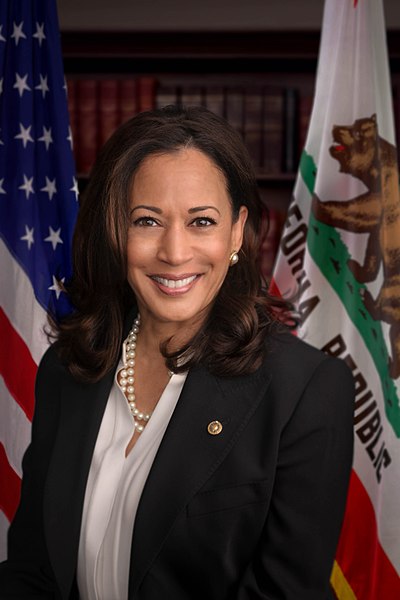 “This week marks the 100th anniversary of the passage of the 19th Amendment. And we celebrate the women who fought for that right. Yet so many of the black women who helped secure that victory were still prohibited from voting, long after its ratification…We’re not often taught their stories. But as Americans, we all stand on their shoulders. ~ Excerpt from Acceptance Speech by Democratic Vice Presidential Nominee Kamala Harris

This past summer the nation commemorated the 100th anniversary of the ratification of the 19th Amendment, which gave women across the United States the right to vote. This momentous occasion occurred a mere 144 years after the Declaration of Independence and a half-century after Black men were granted the right to vote via the 15th Amendment.

The rub is that the 19th Amendment gave the vote only to white women. Black women would have to wait another 45 years for the right to vote under the Voting Rights Act of 1965. Shockingly and unbelievably, a key part of the Voting Rights Act was overturned by the Supreme Court in 2013; the dissent to this egregious decision, which has enabled voter suppression in some states, was presented by the late, great Justice Ruth Bader Ginsburg.

A century ago, our nation’s white heroic forebears — including Susan B. Anthony, Elizabeth Cady Stanton, Anna Howard Shaw and others — turned their backs on their Black sisters in favor of expediency in passing the 19th Amendment. The irony is painful: first, in light of their objection to the expediency of passing the 15th Amendment in 1870 that gave voting rights to Black men at the expense of holding out for an amendment that would give universal voting rights to all men and women; and second, because of Anthony’s and Stanton’s strong opposition to slavery and their support of the 13th Amendment in 1865 that abolished it.

While the 14th Amendment in 1868 gave citizenship to former slaves and the right to vote only to men over the age of 21, it was that pesky 15th Amendment that caused all you-know-what to break loose from various quarters:

“I will cut off this right arm of mine before I will ask for the ballot for the Negro and not for the woman,” declared Anthony.

“You have put the ballot in the hands of your black men, thus making them political superiors of white women. Never before in the history of the world have men made former slaves the political masters of their former mistresses!” proclaimed Shaw.

Both Black women and white women were in opposition to the 15th Amendment as it stood; they wanted universal voting rights for all women and men. But it was not to be. Because of the sexism and racism that prevailed in America at the time, white women would have to wait another half century to win the right to vote; and Black women would have to wait nearly another century. But the delay wasn’t for a lack of determination on the part of smart and savvy Black women, such as Margaret Hawkins, Augusta Chissell and Estelle Young, whose names sadly are not as widely well-known as our white heroines.

And yet, it should be noted that individual U.S. states and territories had their own voting laws prior to the passage of the 19th Amendment. Here are two examples:

The Wyoming Territory was the first to grant women the right to vote in 1869. Historians believe that because men outnumbered women by about six-to-one, by granting women rights to vote, serve on juries and hold public office they would be attracted to Wyoming. The strategy certainly impressed Susan B. Anthony, who declared, “Wyoming is the first place on God’s green earth which could consistently claim to be the land of the free!”

But Wyoming had other reasons, with politics playing a major role. Back then, the Republican Party was indeed the Party of Lincoln and both Lincoln and his Party were the moving forces behind the abolition of slavery, which led to the Civil War. The Democratic Party, especially the Southern Democrats, were in favor of keeping intact the South’s legacy of wealthy plantation owners; that involved maintaining slavery. After the War, Republicans worked to ensure that former male slaves gained rights to citizenship, voting and election to public office. Women felt betrayed by the Republican Party, which had shoved women’s rights aside. Wyoming prioritized women’s rights to get their votes, which helped to hold back the emerging freedom of former slaves. The Wyoming Territory became renowned for its leadership in the rights of white women and when it gained statehood in 1890 became the first state to allow women’ suffrage. But as we realize now, this loyalty to equal gender rights was for the wrong reasons.

In 1776, the colony of New Jersey granted both women and Black citizens the right to vote, but there were restrictions: Simply put, the 1776 New Jersey Constitution stated that “all inhabitants” who are of “full age,” worth at least 50 pounds and have lived in the Colony for at least 12 months, may vote. Alas, as an early example of voter suppression, in 1807 the law was changed to allow only white male citizen tax-payers to vote. According to historians, this was due to women’s tendency to vote for members of the Federalist Party of Alexander Hamilton rather than the Democratic-Republican Party of Thomas Jefferson. Thus, the best way for the Democratic-Republican Party to stay in power was to rescind the voting rights of those who would vote for the opposition! Unfortunately, this despicable act caused the Black vote to wind up as political collateral damage.

And we thought some of today’s politicians were deplorable! The history of equal and civil rights is fraught, and the lesson is we must never let our guard down or think that matters are settled.

Next Up: Kamala Harris

It is with a deep sense of joy and continued irony, then, that as we mark the anniversary of the 19th Amendment that shut out women of color, that a Black woman of Jamaican and Indian background is on the Presidential ticket of a major political party. Kamala Harris is poised to do what three white women — Representative Geraldine Ferraro (1984), Governor Sarah Palin (2008) and the multi-titled Hillary Clinton(2016) — did not do: win an election to the second or first highest office in the Executive Branch.

As of this writing, the Biden/Harris ticket leads the Trump/Pence ticket nationally, and it is either tied with or ahead of the opposition by various point counts in the following battleground states: Arizona, Florida, Georgia, Iowa, Michigan, North Carolina, Ohio, Pennsylvania and Wisconsin. And even Texas might be in play. And while we’ve been there before with polls that did not pan out, such as in 2016, in general the 2020 polls are thought to be pretty stable. Of course, polls are only proved accurate if the people who participate in the polls actually go out and vote for their respective candidates! There is a phenomenon that prompts voters to not bother voting if they believe that the polls show that their candidate is either winning or losing. They either become complacent or discouraged. But the way to solidify a candidate’s victory or, conversely, turn around a losing trend, is to vote.

So, if the current polling accurately indicates how the voting will turn out, it appears that Senator Kamala Harris is on track to become the first woman in the history of the United States to be elected to the office of Vice President. That would be a major trailblazing achievement in itself. But, considering what is going on in our nation right now with the COVID-19 pandemic afflicting President Trump — who is at high risk for being able to beat this virus because of his age, gender, weight and underlying conditions — and because Presidential candidate Joe Biden is also at high risk as an elderly male, being Vice President and a heartbeat away from becoming President suddenly is more meaningful.

Moreover, former VP Biden has indicated that he will establish a similar relationship with this VP that President Obama established with him. That is good news, because Kamala (pronounced “Comma-la” by the way) Harris is highly qualified in so many ways to serve her country at the highest level. Serving as a high-profile Vice President will give her a platform to position herself as a strong candidate for President

But will Senator Harris’s gender remain a handicap for the top job? Voters say they want to see a woman in the White House — recent Gallup polls reveal more than 90% of Americans would vote for a woman — but they had the chance in 2016 and passed (according to the Electoral College, anyway). Perhaps many are clinging to the old stereotypes of men being stronger and tougher than women, and want women to appear soft, empathetic, kind and, yes, passive. Too many women have learned that from their own careers and the battle to get a toe hold on the rungs of the proverbial corporate ladder.

Kamala Harris, however, has demonstrated her strength and authority many times. She revealed her commitment to Americans in her 2012 address at the Democratic National Convention. And there can be no doubt of her toughness in her commanding performances in numerous Senate hearings, including her questioning of former Attorney General Jeff Sessions, Attorney General William Barr, CIA Director candidate Gina Haspel and Judge Brett Kavanaugh. Senator Harris has also aptly defended herself against challenges from her Republican colleagues, such as Texas Senator John Cornyn during her presentation on a police reform bill. In the Presidential Primary debates, she has also shown leadership, confidence and courage as well as empathy, knowledge and commitment.

So, will a woman at the bottom of a Presidential ticket have a shot this time around? We’ll see.

Back then, I was oblivious to the controversial history of the 19th Amendment or that the WLM was also leaving whole groups of women behind, such as lesbians and housewives that did not wish to pursue careers outside the home. From my own experience, the Black women I knew were included in the second wave, but history has shown that there were still struggles along with the same conflicts of which movement was more important — equal rights for women or civil rights for all Black Americans.

But the 21st century has ushered in fresh thinking, thanks to the most inclusive generations to date, the Millennials and Generation Z. They are shaking things up and promise to enlighten dramatically our nation and the world. We Boomers called it “consciousness raising” when we were in our 20s and 30s. And while we made great strides in our day, we also made mistakes that have taken far too long to correct.

But here we are now. And it’s time to include all women in the fight for equality on all levels. Because, as the mantra goes, there is far more that unites us than divides us.

So, those of us who wish to see a woman ascend to the near tippy-top of the Executive Branch should fasten our seat belts. And tonight, let’s all watch together the Vice Presidential Debate between the current VP and challenger Kamala Harris.

And, then — because it has been so hard won for most of us — for God’s sake, vote!

Note: The word, “Black” is capitalized in my writing, but not in historical quotes. This is due to the newest thinking about how this word should be respected, according to the New York Times, Associated Press, Columbia Journalism Review and Chicago Manual of Style. Of course, there will be various opinions regarding this, and I look forward to hearing and discussing them. Our societal mores and language are ever-changing!