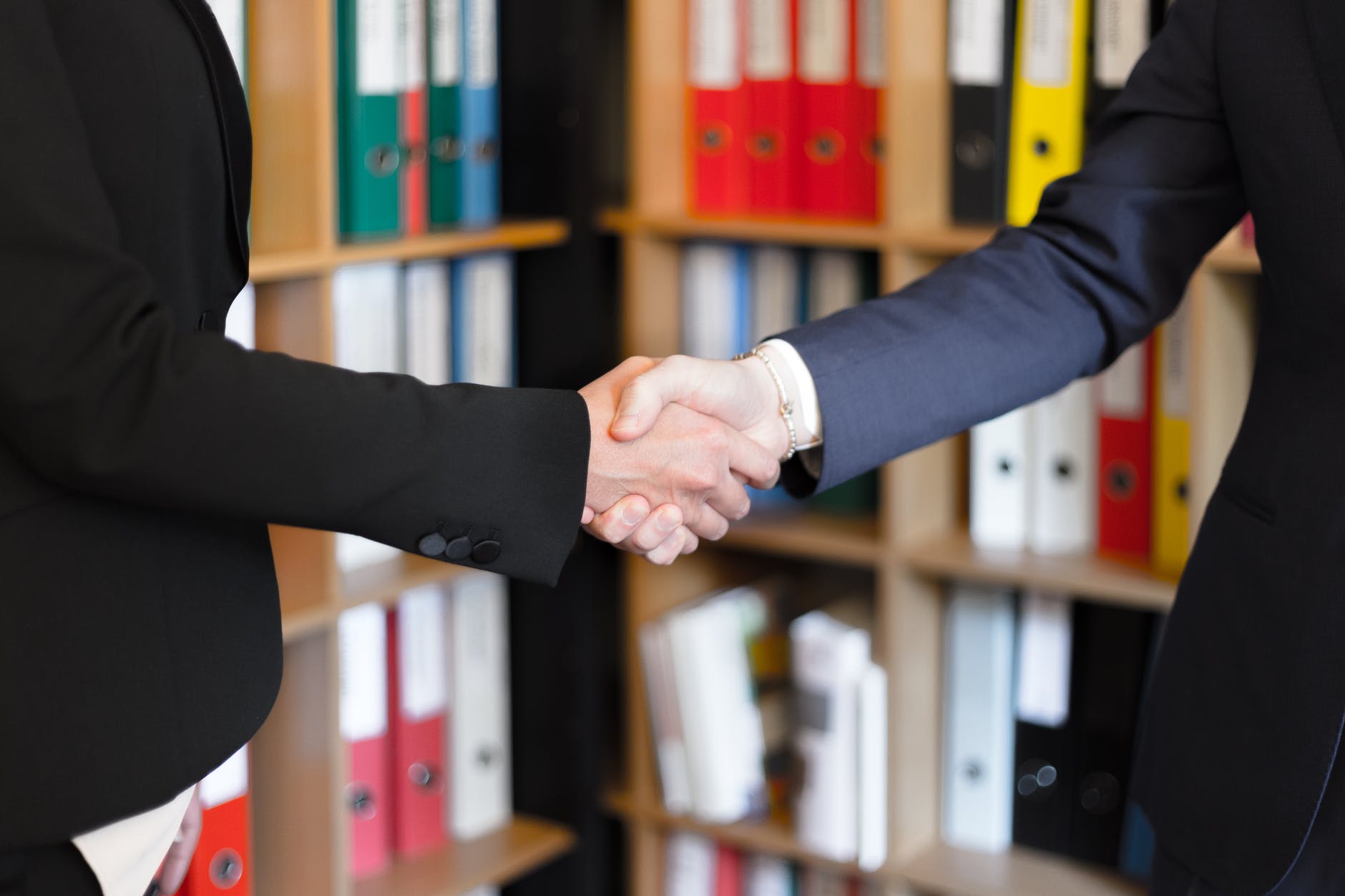 “The benefits of a handshake are significant…The nerve fibers of the skin that are activated by touch all have a cascade of effects. Touch lowers the heart rate, releases oxytocin, which has a knock-on effect with dopamine, the pleasure neurotransmitter. This drives more social behaviors and lowers a stress marker called cortisol, which helps establish bonding and trust.” ~ Professor Francis McGlone, neuroscience, at Liverpool John Moores University in England, in a New York Times article, August 20, 2020

“The hands are a great carrier of disease. It would be a good thing to abolish the shaking of hands while the influenza epidemic is on.” ~ John Dill Robertson, Chicago health commissioner, Dec. 14, 1918

“I am a year round tights girl. I will wear tights even if it’s 100 degrees outside.” ~ Zooey Deschanel

What, you might wonder, do handshakes and pantyhose have in common? The answer is, they have both suffered setbacks in recent history, and both have come back.

This fundamental human gesture of greeting and agreement, and a key expression of business etiquette and professionalism, dates back to the fifth century BCE.  So, do we really believe that a tradition that has survived over two millennia will disappear after a hiatus of mere months in order to help stem a pandemic? I don’t think so.

During the 1918 pandemic of H1N1 (AKA the Spanish flu), people were advised to suspend handshaking. And during the H1N1 scare of 2009 (AKA the swine flu), there was talk of replacing the handshake with the fist bump and other forms of greeting (Dr. Sanjay Gupta reportedly favored the elbow bump). And when the Ebola outbreak occurred in 2014-2015, many people stopped shaking hands and instead bumped fists. As a result, the fist bump has grown in popularity and is still used today in some workplaces as an informal greeting.

But the handshake has returned in every case and has remained as the greeting gold standard in the western world. And although we are doing a lot of elbow-bumping now, the handshake will once again take precedence .

Why am I so sure? Handshaking is ingrained in our culture. It is so much a part of a person’s brand that eliminating it will leave us with a blind spot in evaluating one’s persona. I consider a person’s handshake to be so crucial that I teach how to perfect it in my workshops, and I have blogged on the subject. Someone might not recall how you look, speak or even what you said; but your handshake will linger in their memory. Think about the hands you have shaken. Some might have been limp. Some might have been crushing, cold, sweaty or wet. Or maybe they were warm, firm and comfortable. Did you feel that the people whose hands you shook were shy, aggressive, nervous, confident, reassuring or trustworthy? So much can be learned and understood about a person from a handshake!

As a society, and certainly as professionals, we are not about to let go of that fountain of information!

Centuries ago, something more tangible was gleaned from a handshake: it could reveal if someone was concealing a weapon. While we’re concerned today about backstabbing in the sense of someone betraying or sabotaging us, back in the Middle Ages actually being stabbed was the concern. Thus, shaking hands was employed to literally shake loose a knife or other potentially lethal object that might be hidden up one’s sleeve. Ah, the good old days! Throughout the centuries, of course, handshaking became a more genteel social practice.

Today, not only handshaking, but hugging and kissing — including air kissing and cheek touching — are popular both socially and professionally. Touching is one of our five senses, and as social creatures we humans cannot do without it. So, as we near the end of the dark tunnel of COVID-19 and start to get back to a more normal way of life, we will resume some of the essential customs necessary to our well-being, and one of those will be handshaking. I also believe that we have learned that frequent hand-washing and hand-sanitizing will help us to keep from spreading germs when we shake hands. As well, we can take a page from Adrian Monk and use hand wipes; in fact, we can take a light-hearted look at how Monk has been handling the pandemic (and visit with Tony Shalhoub himself).

Meanwhile, as we continue to emerge from the pandemic, we’ll continue to wave and elbow-bump, wear our masks, socially distance ourselves, wash our hands frequently (we should be doing that anyway for heaven’s sake), get vaccinated (unless advised otherwise by a doctor), and follow all the best practices as we’ve learned from our medical experts. If we do all that, we will be back to shaking hands sooner than later. And another handshaking hiatus will be history.

Admittedly, pantyhose are not directly connected to handshaking. But, like handshaking they did make some news during the pandemic because researchers advised that using the nylon from pantyhose worked great as filters in facemasks. Of course, you had to have pantyhose in order to try this.

I believe that pantyhose share something with handshakes, however, and that is while there have been pauses on wearing nylon hosiery, they have made a comeback.

Women’s legwear of various materials and styles have been around as long as the handshake, but it was Queen Elizabeth I who first wore silk stockings and fell in love with them back in 1560. Over the millennia, women have experimented with legwear for warmth, modesty and fashion. But it wasn’t until the 20th-century post-Edwardian period of the Roaring ’20s that thigh-highs held up with garters became all the rage. Then, in 1939, DuPont introduced nylon and the world of stockings changed radically. Like the Queen, women fell in love with their stockings, sheer wonders that were held up by garter belts or girdles (which had come a long way from Scarlett O’Hara’s corset). And then came the first modern-era interruption of wearing sheer legwear as the world entered World War II. Because nylon was needed in the manufacture of parachutes, a type of body armor vest and other wartime items, the production of nylon stockings had to stop. After the war, production resumed, and it was difficult to keep up with the demand; reportedly, Macy’s entire initial stock of 50,000 pairs of nylons was sold out in six hours. Then, the 1960s ushered in the innovation of pantyhose and tights, made necessary because of the mini-skirt, and later the 1970s’ hot-pants craze (what were we thinking?!).

The next hiatus came with Gen X and Gen Y, who rejected pantyhose in favor of bare legs and bare feet. But pantyhose are returning in popularity as many women realize that a more professional look consists of legs in sheer hosiery and closed-toe shoes. And, that pantyhose-wearing population consists of Millennials and Gen Z! It appears that we have Kate Middleton (AKA Catherine, Duchess of Cambridge) partly to thank for this redux!

I personally love pantyhose. But I am part of the Boomer generation that grew up with sheer legwear. I was there when pantyhose first came into fashion, and before that I was thrilled when I turned 14 and wore my first pair of nylon stockings and high heels. I felt so grownup!

Such a put-together look, along with closed-toe shoes, is so important, especially for professional and formal occasions. That doesn’t mean there haven’t been times I have skipped wearing pantyhose when trouser hose became available. Generally, however, I like to wear pantyhose because they help to create a smooth line under my clothing and make my legs look good.

My opinion is that bare legs and toes belong at the beach, barbecue or picnic. Bare legs in most workplaces, especially in spring and summer, are fine under lightweight trousers with trouser hosiery, still with closed-toe shoes. I do love sandals and open- and peep-toe shoes, but think they belong in personal rather than professional settings, and then only when paired with perfectly pedicured feet (which include the entire foot, not just stunning toenails!). Tips: (1) A good pedicure will also help prevent gorgeous sheer pantyhose from snagging and running. (2) Make sure the products you and / or your salon use are cruelty-free. (3) See a podiatrist if you have any health concerns about your tootsies before you avail yourself of a salon or DIY pedicure. Podiatrists are doctors and a visit is often covered by medical insurance. Or consider getting a medical manicure (MediPedi); these are not likely covered by insurance and pricier than a normal pedicure, but if you can afford one and you have problem feet this might be a good option.

(Note to men: Don’t shy away from pedicures (or manicures); you want to put your best foot (or feet) forward, as well, when wearing sandals for personal and casual occasions. And taking care of your feet makes you feel and look good, and helps keep both your casual and dress socks intact!)

Regardless of the reason for the return of pantyhose, I am happy that they are gaining favor again. There are many modern brands available from which to choose that are made to last and eco-friendly to ensure that legs look pretty, polished and professional. If you agree, let’s shake on it!

And Now, Another Word About Facemasks…(I first wrote about them in 2014)

While handshakes are here to stay and perhaps pantyhose, too, facemasks might well become a wardrobe staple. Perhaps we won’t be wearing them every day as we ease into our post-pandemic lives, but we might continue to wear them when we go shopping or to other indoor venues that are densely populated. And imagine if we wore them during cold and flu season; we might not have found a cure for the common cold but we might have stumbled on a prevention! Think of all the things we won’t miss out on because we’re home nursing a miserable cold. We can continue to use all the masks we’ve accumulated, including those fashion masks that coordinate with our clothing ensembles. It’s important to remember that all across America, in addition to the big fashion names (those facemasks that Speaker Nancy Pelosi rocks?!), small, home-based businesses, such as those that sell through Etsy, have been turning out beautiful and clever masks, as well as conscientious citizens who have made masks to donate. With all these masks that have become essential accessories, and in many cases make striking fashion statements, it would be a shame to let them go to waste!

2 thoughts on “HANDSHAKES AND PANTYHOSE”