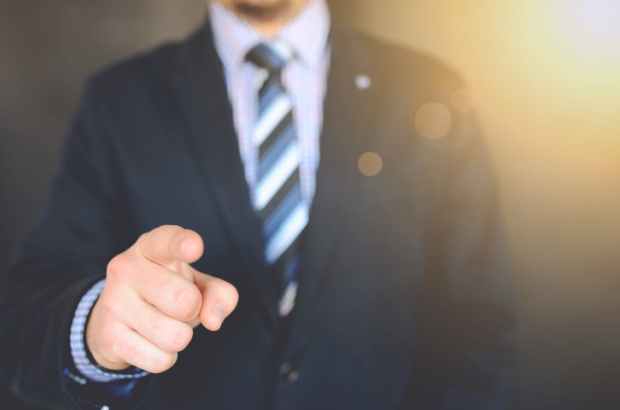 “Come, we’ll have him in a dark room and bound. My
niece is already in the belief that he’s mad: we
may carry it thus, for our pleasure and his penance,
till our very pastime, tired out of breath, prompt
us to have mercy on him: at which time we will
bring the device to the bar and crown thee for a
finder of madmen. But see, but see.”
~ Sir Toby Belch (speaking about Malvolio),
William Shakespeare’s Twelfth Night, Act 3, Scene 4

(Note: This two-part entry on bullying concludes my year-long series on job search skills and beginning a new job.)

As a new hire, it’s possible that you’ll find a bully or two lurking at your new company, spreading incivility and destruction in his or her wake. Bullies have been around forever, ranging from misguided and ignorant, like Malvolio and the other bullies in Twelfth Night, to scheming and cruel like Iago in Othello. They exist at every stage and in every aspect of our lives. From toddlerhood on, bullies pop up everywhere. They can be found in families, classrooms, schools, communities, college campuses, stores, restaurants, offices and in government.

But take heart! This week and next I’ll help to equip you to avoid falling into their traps.

We know that for the past several years there has been a global conversation about bullying in schools that has extended to workplaces and throughout society. A very creative approach to curbing bullying occurred a few years ago when Colorado experimented by using a tour of Shakespeare’s Twelfth Night in 25 schools, in which they added workshops to discuss the bullying that occurs among the characters in the play. Perhaps we can get a bit more creative about stopping workplace bullying.

For now, let’s explore some background about bullies, and then next week we’ll look at some techniques for coping with them.

To Begin, Are Bullies Born or Made?

Experts disagree on whether bullies are born or made. One study concluded that “bullying and other types of childhood aggression can be inherited.” On the flip side, psychotherapist Katie Hurley believes that “..bullies are not born into this world…Bullies are raised.”

But whether bullies are produced by nature or nurture, according to a 1997 Ohio University study, experts agree on some common characteristics of school-age bullies, which the study says could apply also to adult bullies and domestic abusers. A few of those characteristics include controlling, hot tempered and lack of empathy. According to the same study, victims exhibit a lack of social skills, blame themselves for their problems and are afraid to go to school.

Other studies indicate that bullying in childhood can have lifelong health implications, but another reports that when parents have intervened and reported bullying to the authorities their children have escaped being bullied later. In addition, socializing children early on and instilling self-esteem, integrity, independence, empathy and confidence will help to ensure that they become neither bully nor victim, as a child, teen or adult.

Bullies in Literature and Cinema

In addition to Shakespeare bullies, literature and the movies are full of examples that can teach us a great deal about bullies in the workplace and elsewhere. Here are some examples (I’m sure you can come up with many more!):

Is there a connection? Although there have been some high profile suicides due to bullying, according to the U.S. Centers for Disease Control the two are related but it’s not clear if bullying is the direct cause of suicides. The CDC cautions that, “framing the discussion of the issue as bullying being a single, direct cause of suicide is not helpful and is potentially harmful.” You can read more CDC comments here.

I’ve not found statistics regarding adult suicides that have resulted from workplace bullying; however, there are some reported cases, or at least claims, that indicate a link between bullying and suicide, including the case of Kevin Morrissey who allegedly was bullied by his boss at the University of Virginia’s award-winning literary magazine, Virginia Quarterly Review.

Bosses Who Bully and Enable

According to their 2014 survey, the Workplace Bullying Institute (WBI) reports that “bosses are still the majority of bullies.” Articles in Psychology Today and Forbes address this issue.

Even worse, bosses are also primary bully enablers. But, why, we ask, would the boss, who is charged with overseeing his or her business unit with professionalism, integrity and inclusiveness aid and abet bullies? One answer might be that often in business the focus is on the present rather than on long range consequences.

Here are profiles of bosses who are bullies or enablers, or both:

Such a boss seems to have his own interests at heart rather than the health of his company or the core strength of his staff. He feels if the bullied employee isn’t happy or complains then it’s best if she leaves. In the view of the bully or enabler boss no one is indispensible except for the bullies who are outperforming or loyal. Bullies often do the boss’s dirty work by driving out team members the boss no longer finds valuable or believes to be a threat. The bully/enabler boss believes that corporate natural selection makes perfect sense.

You thought you left them behind at high school, didn’t you? But, then they popped up on your college campus, and later at work. They’ve grown up and are more troublesome than ever. But, don’t forget that you’ve grown up, too, and are better equipped to deal with them now.

It’s important, though, to understand the general differences between bully boys and mean girls. Men are likely to be direct in their approach — yelling, insulting, belittling, intimidating. Men usually get right in your face and there’s no question that you are being bullied. Women, on the other hand, approach bullying more subtly, with an eye roll behind your back, “forgetting” to invite you to a meeting or copy you on an email , making jokes at your expense followed by a reassuring smile and a “just kidding,” making reluctant” criticisms and telling you how much she’s helped you. Of course, just to complicate things some men can bully in such a feminine manner and some women can bully like a man, or a combination of tactics can be used.

It Comes Down To You

While it’s tempting to oversimplify what makes bullies and victims as well as the consequences, the subject is complex. It’s important to be aware of all the components to avoid stereotyping or making assumptions. Currently awareness of bullying is high and that is very helpful. But in the end it comes down to you and your ability to deal with the bully. Stay tuned.