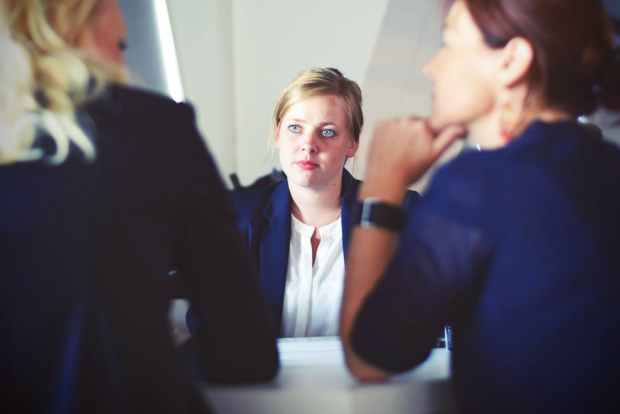 Bullies want to abuse you. Instead of allowing that, you can use them as your personal motivators. Power up and let the bully eat your dust. ~ Nick Vujicic

The last two entries, Scoping Out the Political Landscape and Coping With The Workplace Bully – Part 1, addressed the related topics of workplace politics and bullying and focused on background and statistics on bullying as well as current efforts to eliminate bullying.  According to the Workplace Bullying Institute, here are a few more insights:

These are pretty telling statistics. Further, they can also apply roughly to schools, campuses and communities as well as the workplace. Remember, whichever approach a bully takes, their goals are the same. They want to diminish you for their own gain.

There are ways to deal with bullies, but it’s important to understand that your intent is not to change their behavior — that likely would require professional intervention and years of therapy! Rather, your goal is to learn how to cope successfully with workplace bullies that cross your path.

Based on my shockingly long career in business and numerous encounters with bullies of various stripes, combined with research and extensive anecdotal information, here are some formulas that are generally effective in dealing with the three main types of bullies, male or female:

This is the guy who is in your face, obvious, insulting and offensive in his behavior, remarks and body language.

Unlike the bulldozer, the backbiter is sneaky. She’s friendly to your face, but makes jokes at your expense and unkind remarks behind your back. Meet the backbiter head on to stop her cold.

The blasters yells and “pitches a fit” to intimidate and get his way. Sometimes, however, a blaster is not necessarily a bully, but merely a nice guy who cannot articulate, becomes frustrated easily and resorts to yelling – or blasting you — to make his point. Either way, the result is unpleasant and hurtful, and the following formula applies:

When the Bully is Your Boss

When the bully is your boss you can still use the above formulas, but understand that the stakes are higher when your tormentor has direct power over you, your job and your career. Tread carefully. It’s never a good idea to complain about the bully behind his or her back, unless it’s with an iron-clad trusted colleague or officially to the proper company authority; this is especially true when dealing with your boss. If the above formulas do not work it could be time to escalate the problem to a more senior official in your company, which might result in a transfer to a less toxic environment. If, however, that means slowing your progress within the company or accepting a less desirable position — or creating a more complex political situation, it is likely time to consider a career move to another company.

When dealing with any type of situation where you might someday have to make a case to your boss, a senior official, Human Resources or in court, your arguments will be stronger if you have documentation to back them up. Keeping a log of bullying incidents, the names and contact information of people involved (including witnesses), dates, times and places and other pertinent data is essential. Jot everything down in a notebook and transfer it to a spreadsheet. Keep a copy at home. There is nothing like a documented timeline to make people sit up and take notice.

Bullies usually do not seek out just one person; bullying is an ongoing practice. Therefore, standing up and speaking up for yourself will be noticed by others who might also be targets, and there’s a good chance that they will feel empowered and encouraged to speak up as well. In addition, your actions may garner respect among coworkers, which will increase your chances of halting the bullying. But giving up on you won’t stop the bully from targeting others.

Workplace bullying thrives for several reasons: managers shy away from dealing with the issue, there is no company policy governing it, targets are afraid to confront bullies and bystanders who witness bullying do nothing to stop or discourage it. According to an article in Psychology Today by Ronald E. Riggio, Ph.D., the latter is known as the “bystander effect.”

If you’re a bystander to bullying, there is plenty that you can do:

It often takes as much courage to be an “upstander” as it does to be the target when confronting bullying.

Avoid Becoming a Target or Victim

Remember the vampiric folklore that a victim must invite the vampire into her or his dwelling in order to empower the vampire to attack? You can avoid inviting the bully in by upping your confidence level in the following ways:

You Can Do This

Sometimes you won’t be perfect in following the formulas above or dealing with a bullying situation. But, practice makes perfect; and determination, tenacity and a positive attitude will see you through to the final round to deliver that metaphoric knockout punch to the bully. Channel Rocky and just keep thinking, “getting strong now, won’t be long now…”

Odd Girl Out: The Hidden Culture of Aggression in Girls, by Mary Pipher, Ph.D

Boys will be Boys: Breaking The Link Between Masculinity And Violence, by Myriam Miedzian, Ph.D

As a transition to my series on business and professional relationships, next week The Three E’s will feature an article entitled, How to Deal with the Silent Treatment, by John J. Daly, Jr., renowned international event planner, job search expert, workplace etiquette trainer and author of The Key Class: The Keys to Job Search Success, reprinted with his permission. Don’t miss it! See you in two weeks.